‘Abdul-Muttalib was the respected head of the clan of ‘Hashim’ of the larger tribe of ‘Quraysh’, which was the preeminent tribe of Mecca. With the Quraysh being the biggest and most influential tribe in Mecca, ‘Abdul-Muttalib was seen as the leader of Mecca. The Quraysh’s special status in Mecca was do primarily to the fact that they were in charge of the maintenance of the sacred Ka’ba – the house of G’d built by his prophets and servants, Abraham and his son Ishmael [on them be peace] – and the care of the pilgrims who prayed and visited the Sacred House.

Orphan Muhammad then lost his grandfather and guardian, ‘Abdul-Muttalib at the age of 8. Now, one of ‘Abdul-Muttalib’s sons, (Muhammad’s uncle) Abu Talib, became the guardian of his orphan nephew. Though respected by the clan of Hashim and the people of Mecca in general, Abu Talib did not possess the high status and influence of his father. 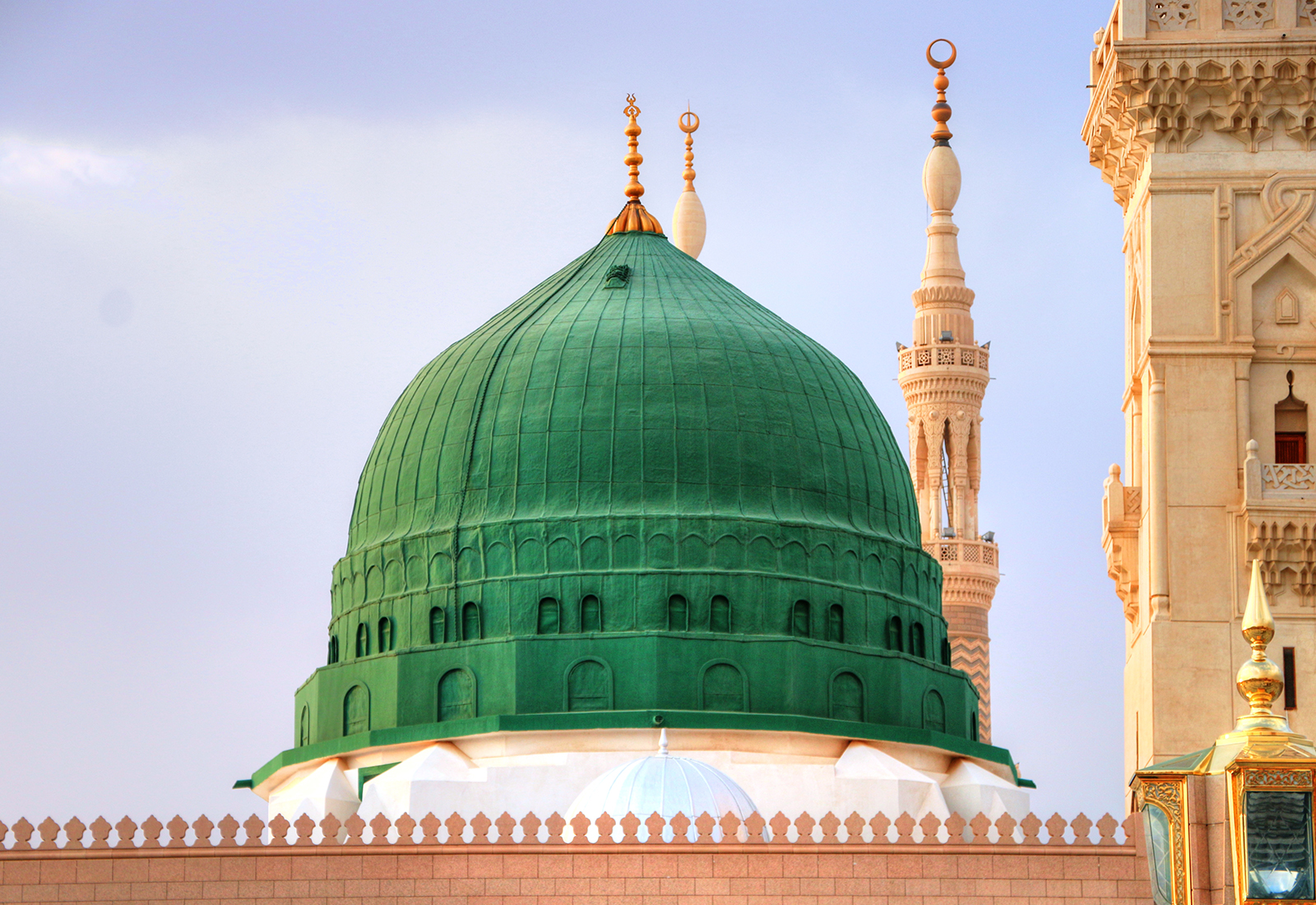 When Prophet Muhammad (the prayers and the peace be on him) was twenty five years old, because of his reputation for honest dealing and trustworthiness, he was hired by a noble merchant woman named Khadijah bint Khowaled to take her merchandise to Syria to sell, as most Qurayshi men were traders. Muhammad (the prayers and the peace be on him) returned from his business trip with more money than Lady Khadijah had gotten previously, and he was given a stellar report from one of her slaves who accompanied him to Syria. Lady Khadijah, a widow fifteen years his senior, inquired further about this honorable man and received reports of his truthfulness, nobility, and good character. It was for these reasons she proposed marriage the holy Prophet (the prayers and the peace be on him) which he accepted. Lady Khadijah was his only wife for 25 years, which they lived lovingly and with dignity. Indeed, Lady Khadijah (may G’d be pleased with her) would be the first person to accept Muhammad’s (pbuh) mission and the first to accept Al-Islam, making her the first Muslim after the revelation of the Holy Qur’an.

Prophet Muhammad (pbuh) was deeply interested in matters beyond ordinary Meccan life. He used to frequent a cave, known as ‘Hira‘, on the Mountain of ‘Nur’ (light) for contemplation. The cave itself, which survived the times, gives a very vivid image of Prophet Muhammad’s (pbuh) spiritual inclinations. Resting on the top of one of the mountains north of Mecca, the cave is completely isolated from the rest of the world. In this cave Muhammad (pbuh) would ponder the existentialisms of life and rejecting the perverse conventions of the day, i.e. greed, promiscuity, dishonesty, infanticide, etc.

It was in that cave in the year 610, at the age of 40, that Prophet Muhammad (pbuh) visited by G’d’s angel Gabriel (upon him be peace) and received from Allah the first verses of the Qur’an:

“Read, in the name of your Guardian-Evolver, who created; Created man out of a clot of congealed blood; Read, and your Lord is Most Bountiful; He who taught the use of the pen; He who taught man which he did not know.” (Holy Qur’an, Chapter 96; Verses 1 – 5)

The Qur’an continued to be revealed in stages to Prophet Muhammad (pbuh) over the next 23 years. The last words of the Book were revealed to the Prophet shortly before his death in the year 632 CE.

In the first three years after the revelation, the Prophet preached Islam secretly to individuals whom he trusted. When he started calling people to Al-Islam publicly, the new religion gradually attracted more people but, not surprisingly, also increased hostility from the idol worshipping population of Mecca. The Prophet and his followers were subjected to intense harassment and abuse. With only few exceptions, all of the early Muslims were poor people, slaves, and those with low social status in Mecca. The Muslims numbered very few. These Muslims were sometimes the subjects of brutal torture and some were killed. However, armed with patience, resilience, and determination, and protected by his uncle Abu Talib and the clan of Hashim, the Prophet was able to carry on preaching the new faith to people.

The Prophet (pbuh) soon had to instruct a group of about 83 Muslims to emigrate to Abyssinia (Ethiopia), away from the persecution, and seek the protection of its just Christian king. The Quraysh then sent a delegation to the king, carrying precious gifts, to secure the extradition of the Muslims. But after Jafar ibn Abu Talib (the prophets cousin) recited verses from the Holy Qur’an about Christ Jesus and Mary (upon them be peace), the king remarked “By G’d, what you recited and that with which Jesus was sent come from the same light” and further remarked in a subsequent instance, after having traced a line in the ground, said “the difference between your prophet and Jesus is this line”. The king returned the gifts the Meccans brought and let the Muslims stay in Abyssinia free from harm or persecution. 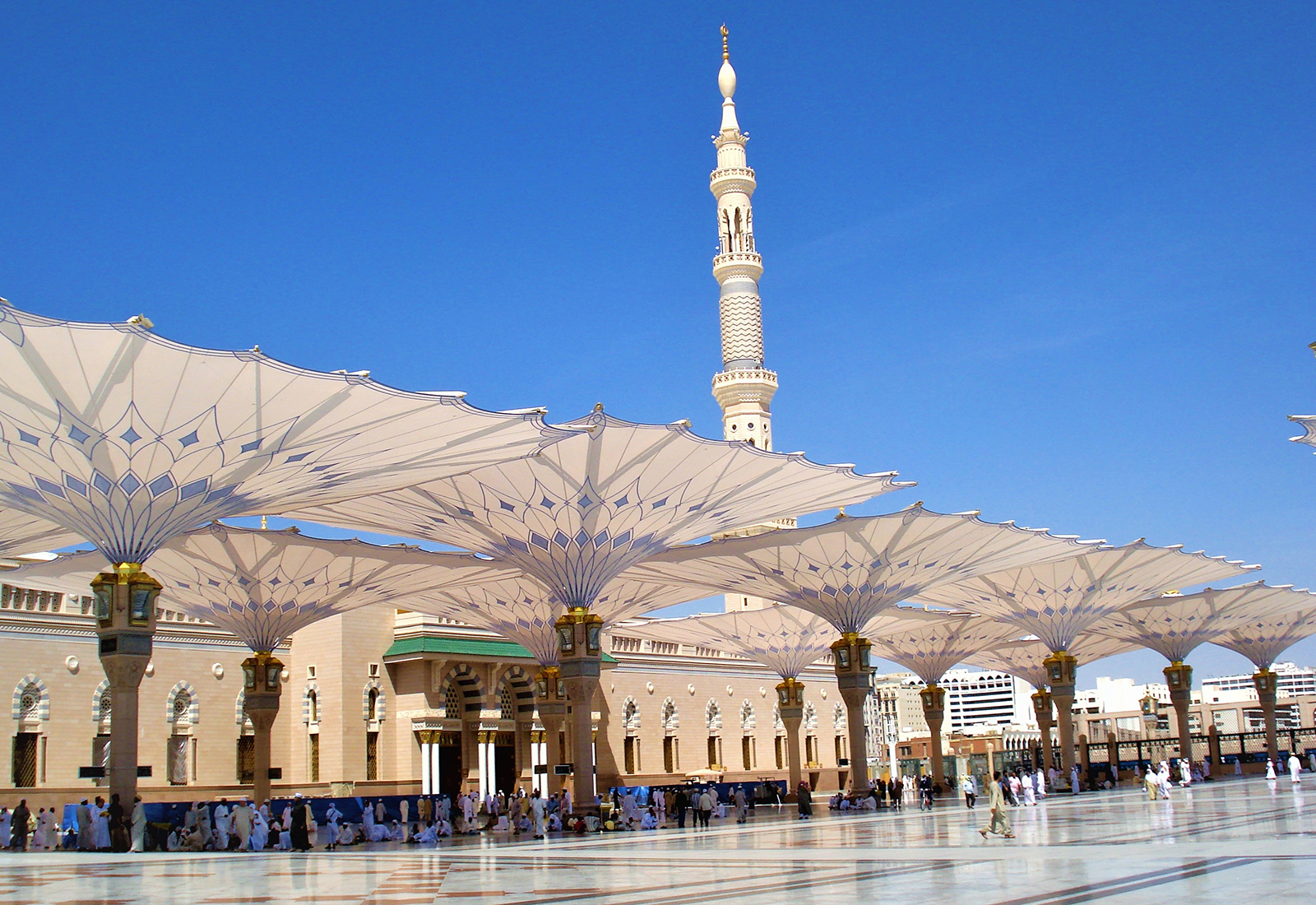 One year later, the Quraysh imposed economic and social sanctions on the Prophet, his followers, and his clan. As a result, the Muslims withdrew to a mountain in Mecca, where they endured patiently this blockade. The sanctions lasted about three years before collapsing without achieving their goals.

Soon afterward, the Prophet lost his wife of 25 years, Lady Khadijah (may G’d be pleased with her). Matters got worse quickly with the death of his uncle and protector, Abu Talib. Prophet Muhammad (pbuh) started to suffer more from the Meccan’s relentless attempts to uproot Al-Islam and destroy all its followers.

Just a couple years late, during the pilgrimage season, Prophet Muhammad (pbuh) met in Mecca with a number of chiefs from the city of Yathrib, where he had previously sent some Muslims to settle. After preaching to these men of his mission and reciting verses from the Qur’an as revealed to him, these men converted to Al-Islam immediately. The chiefs had known through the Jews of there city that a prophet of G’d would soon begin a mission. The chiefs made a secret pledge to protect the Prophet (pbuh) should the Quraysh try to kill him.

However, the powerful Quraysh tribe learned about the agreement, so the people from Yathrib had to return quickly to their city. Sensing that the danger to Muslims had increased, Prophet Muhammad (pbuh) instructed them to immigrate individually or in small groups to Yathrib. The Meccans tried to prevent Muslims from fleeing Mecca to Yathrib, but the Muslims continued to sneak out gradually.

The continuing immigration of Muslims to Yathrib – where they had allies – threatened to critically destabilize the stronghold the Qurayshis had on the economic, political, and social life in Mecca. This would be much worse if Prophet Muhammad (pbuh) would be able move out of the city and strengthen the alliance he had with the people of Yathrib, even possibly mobilizing against the Meccans. They decided that they had no other option but to kill him.

The various clans of the tribe of Quraysh agreed to act as one and assassinate the Prophet while asleep. The idea behind acting collectively was that no one party could be blamed for the killing and become embroiled in a war of vengeance with the clan of Hashim.

The assassination plan, however, was sabotaged by divine intervention. The night the assassination was planned to take place, G’d informed His Prophet (pbuh) of the danger and so he secretly left Mecca with his trusted companion Abu Bakr As-Siddiq (my G’d be pleased with him) and headed for Yathrib, which later became known as “Madina Al-Munawwara” (The illuminated City) after the prophets arrival.

This famous event, known as the “Hijra” (immigration), occurred in 623 CE, about 13 years after the revelation of the first verses of the Qur’an. This flight was destined to have far-reaching consequences in establishing the Islamic community, strengthening the position of Al-Islam, and spreading its message.

The Prophet (pbuh) lived in Madina for about ten years, where he, along with the believing Muslims, established Al-Islam and an Islamic life that included building a social, political, and spiritual life that the Arabians of the peninsula had never seen before. By G’ds divine mercy, the prophet (pbuh) was able to bring together two perpetually warring tribes, the Aws and the Khazraj, together as brothers, and building a love between the Muhajirs (emigrants) and those who took them in, the Ansars (helpers).

By the time of his departure from this world in 632 CE, Islam had become well established as the religion of the Arabian Peninsula and had made inroads in neighboring regions; Muslims had become a major force to be reckoned with in the area and later Islam and Muslims spread throughout the world.